In order to produce high quality cast components and achieve economic targets of the required quality, moulds must satisfy high standards in terms of reliability, stability and tool life. A customized, innovative tool design adapted exactly to the requirements of the casting process is the basis for a highly efficient production. 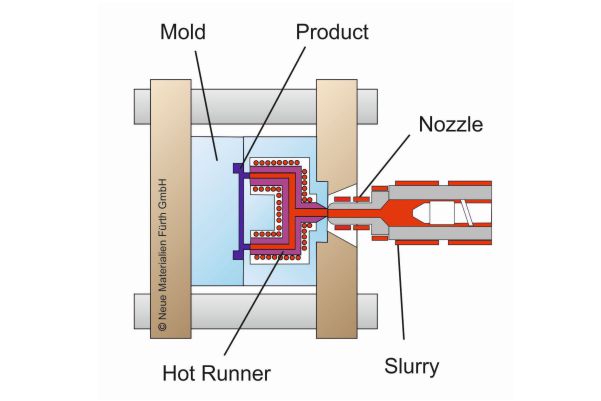 One example of this is the development of hot runner systems for magnesium injection moulding at NMF.

Heating the runners minimizes revert material, which in turn reduces shot weight and cycle time. The reduced flow lengths in the mould also improve the mechanical properties of the cast part.

At best the a thinner wall thickness can be realised for the cast part.

Additionally, temperature control in the mould often plays a key role in optimising the process or the properties of cast parts.

We joined forces with industry partners Evobeam and Wolfrum Formenbau, as well as our partner institute Neue Materialien Bayreuth, on a ZIM project (ZIM being a central innovation programme for SMEs) to develop a new process for producing mould inserts with a conformal temperature control system for magnesium injection moulding by high-temperature joining. 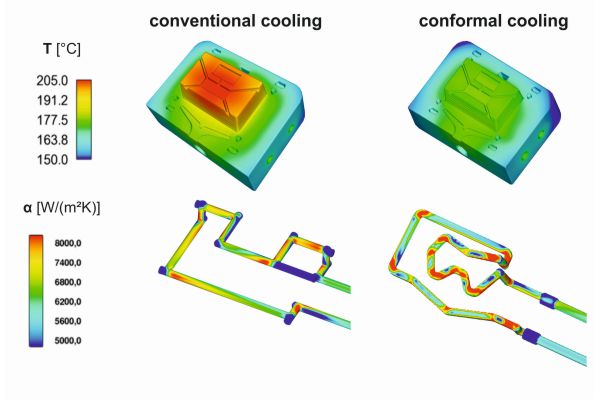 This research and development project was funded by a grant from the German Federal Ministry for Economic Affairs and Energy (BMWi) (funding codes KF3427001LL4, KF3314202LL4, KF2481023LL4 and KF3446201LL4) and co-ordinated by AiF Projekt GmbH, Berlin, which, on behalf of the BMWi, manages ZIM cooperative projects (ZIM being a central innovation programme for SMEs). Responsibility for the content of this published information lies with its authors.